The whisk(e)y market is set for global expansion, with the sector forecast to grow in all regions – and with the fastest expansion predicted to be in the Middle East and north Africa.

The Latin American region is also set to see significant growth, with sales up by a quarter between 2021 and 2026. 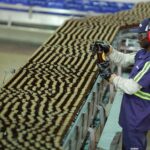 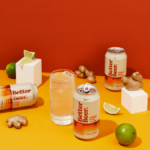 Increasing disposable incomes and the revival in tourism across the Middle East and north Africa after the Covid-19 pandemic are also likely to drive growth. Total disposable income is set to almost double in the region by 2040.

Both the UAE and Egypt are set to see the biggest growth in whisk(e)y sales in the region, with forecast increases of 51% and 56% between 2021 and 2026, respectively.

Recent legislative changes in countries like the UAE are also likely to have driven such promising market forecasts in the Middle East and north Africa.

In November 2020, the UAE relaxed laws so that consumers no longer required a government-issued license to purchase, transport or possess alcohol in their homes. The country also announced new laws removing punishments for the consumption, sales and possession of alcohol for those aged 21 and over.

This was mainly done to build on the country’s reputation as a hub for international tourism and business.

Out of all forms of whiskey, Scotch whisky and American whiskey are set to be the most consumed in the region, with Scotch sales potentially seeing an almost 40% increase over the five-year period.

Scotch has particular popularity in the region due to the perceived quality and heritage of brands in the region.

This includes brands like Diageo’s Johnnie Walker and Pernod Ricard’s Chivas Regal, which saw the highest number of sales in the region. In 2020, these brands had sales of 2.5 and 1.3 million litres respectively, with 27% and 36% of these sales being for Scotch alone.

@saywhatsaywah
Saywah Mahmood is a data journalist working across GlobalData's media sites. She holds an MA in Interactive Journalism from City, University of London.
SUBSCRIBED