The Australian winemaker has revealed that its 2022 Collection will comprise a portfolio with three counties of origin for the first time: Australian, Californian, and French.

One of the two wines has been made in collaboration with Bordeaux winemaking house Dourthe, whilst the other has been produced from a blend of Bordeaux-grown grapes and Australian varieties.

Penfolds FWT 585 was made in the Bordeaux region at Château Cambon la Pelouse, and is a blend of Cabernet Sauvignon, Merlot and Petit Verdot aged partially in new American oak. Penfolds II Cabernet Shiraz Merlot, meanwhile comprises French Cabernet Sauvignon and Merlot shipped Down Under and blended with Australian shiraz before bottling. 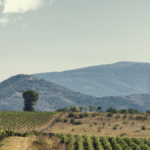 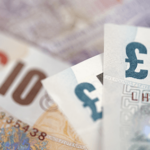 “Penfolds is building a global ambition, not just on paper but with our feet in vineyards across two hemispheres,” he said. “We are focused on making Penfolds wines from the best winemaking regions globally.”

The wines will be available from 4 August at Penfolds Cellar Doors in Australia, and in “select markets globally” later next month.

Earlier this year, Treasury Wine Estates confirmed plans to launch a Penfolds wine of Chinese origin, as the group seeks to circumnavigate ongoing tariff disruption caused by a long-standing dispute between Chinese and Australian authorities.

Specific details of the release are yet to be disclosed, although the first wine from the trials – made from grapes grown in Ningxia – will be a “modest-sized allocation”, according to Treasury Wine Estates.