Campa Cola is reportedly set to be relaunched in India later this year, following the brand’s acquisition by multinational conglomerate and major local retailer Reliance Industries.

Indian business news outlets The Economic Times and CNBCTV18.com have both reported on the deal, citing unnamed sources. Neither Reliance Industries nor Pure Drinks Group have responded to Just Drinks’ requests for comment.

The Economic Times reported the deal was valued at around INR220m (US$2.8m). According to the report, the transaction will see Reliance Industries take on the right to produce the homegrown soft drink brand Campa Cola from New Delhi-based Pure Drinks Group.

Campa Cola was first launched by Pure Drinks after Coca-Cola was temporarily ousted from India in 1977. The product went on to become one of India’s two best-selling soft drinks brands but declined in popularity when foreign soft drinks returned in the 1990s. 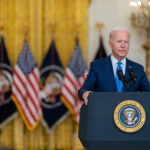 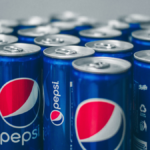 The brand’s two major manufacturing plants and office in Delhi closed in 2000, and since 2009 the product has only been available in a few, select grocery stores in the country.

According to sources close to the situation, three flavours of the brand will be launched: the flagship cola, as well as lemon and orange variants. The drinks will eventually be available nationally via Reliance Industries’ retail stores in the country, as well as in local family-owned kirana stores, the report said.

The acquisition of Campa Cola is said to be part of a bid by Reliance Industries to expand its FMCG business. Those plans were set out by Isha Ambani, director of Reliance Retail Ventures, at the company’s recent AGM.

“I am excited to announce that this year, we will launch our fast-moving consumer goods business. The objective of this business is to develop and deliver high quality, affordable products which solve every Indian’s daily needs,” said Ambani.

Is the soda market in danger of going flat?