The transaction, struck for GBP389m (US$460.3m), will see Castel take on the local production and distribution of Guinness.

Dayalan Nayager, the president of Diageo’s business in Africa, said Guinness had “outgrown” its brewery in the Cameroon city of Douala “as a result of its strong performance”.

Nayager added: “Under this new agreement, the brand will have both expanded brewing capacity and distribution. It will remain part of the global Guinness family through direct marketing oversight. We look forward to unlocking even greater potential through this agreement with Castel, ensuring we continue to have great tasting Guinness across Cameroon.” 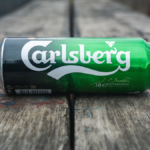 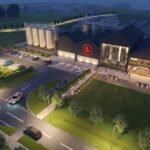 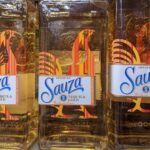 While Diageo does not disclose sales by individual market, the group cited Africa as a factor in the growth of its beer business in the first half of its financial year to 31 December. The company reported a 22% half-year rise in beer sales on an organic basis “driven by Guinness in Ireland, Great Britain and Africa”. In all, worldwide, Guinness sales were up 27%, as the brand saw a recovery from a year earlier when revenues were hit by the pandemic.

The sale is expected to be completed in the first half of Diageo’s fiscal 2023 year – which starts on 1 July – subject to regulatory clearances.

In a statement, a Castel representative said: “This acquisition expands the company’s portfolio in the strategic stout market and strengthens its historical partnership with Diageo in many other markets.”

Today’s (14 July) announcement comes six months after Diageo unveiled a deal to offload Meta Abo Brewery, a brewery in Ethiopia, to BGI, which is part of Groupe Castel.

Earlier this week, Diageo appointed former PepsiCo and Nestlé executive Debra Crew to the role of chief operating officer. Its most recent acquisition was announced at the end of June. The group snapped up the company behind the technology for its digital What’s Your Whisky platform for an undisclosed sum.

Last week, Reuters reported French anti-terrorism prosecutors had opened an investigation into allegations a local unit of Castel had made payments to local militia in the Central African Republic in return for regional market position.

“We are fully cooperating with French authorities,” a spokesperson for Castel told Reuters, adding the group had hired a Paris law firm to carry out its own internal investigation, which found no “material evidence” of any wrongdoing.