In the US, President Donald Trump has extended the national social-distancing guidelines aimed at fighting the coronavirus pandemic to April 30, a month longer than initially scheduled and well past the Easter goal he had set for “opening up our country.” Some estimates say that US deaths due to COVID-19 could end up being as high as 200,000.

The Centers for Disease Control & Prevention (CDC) urged residents of New York, New Jersey and Connecticut states to “refrain from non-essential domestic travel for 14 days effective immediately”. President Trump had earlier suggested the COVID-19 hotspots in the US north-east could be quarantined, although he later rowed back from that position. 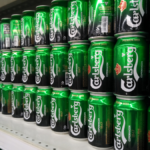 India’s Prime Minister, Narendra Modi, has apologised for the impact of lockdown measures that have hit India’s poor hard. Criticism has mounted over the lack of planning ahead of the 21-day lockdown, which was introduced last week with less than four hours’ notice. Many migrant labourers were forced to return home in especially-adverse circumstances.

In France, high-speed trains were deployed to move dozens of critically ill COVID-19 patients from eastern France, where the health authorities’ ICU capacity has been reached.

A German state minister has apparently committed suicide and was reportedly “deeply worried” over the economic fallout from the crisis. Thomas Schaefer, the Finance Minister of Germany’s Hesse state (which includes the city of Frankfurt), was found dead by a railway track over the weekend.

Italy’s government will extend containment measures it had approved beyond 3 April, to stem the coronavirus outbreak in the country, the regional affairs minister said in an interview.

Mexico’s Deputy Health Minister, Hugo Lopez-Gatell, has asked all residents to stay at home for a month to reduce the spread of the coronavirus.

In Pakistan, officials sprayed disinfectant in a suburb of Islamabad where some cases of the new coronavirus have been identified. All points of entry to the city have been cordoned off by police and the military has been deployed to enforce checkpoints.

Australia has allocated around AUD150m in funding to support people “experiencing domestic, family and sexual violence due to the fallout from the coronavirus”. The new funds would be spent on counselling support for both victims and abusers and the money is part of an AUD1.1bn package to deal with the effects of the health and economic crisis caused by the coronavirus epidemic.

The OECD estimates that the initial direct impact of the economic shutdowns across the world could be a decline in the level of output of between one-fifth to one-quarter in many economies, with consumers’ expenditure potentially dropping by around a third. The OECD also says that changes of this magnitude would far outweigh anything experienced during the global financial crisis in 2008-09. The scale of the estimated decline in the level of output is equivalent to a decline in annual GDP growth of up to 2 percentage points for each month that strict containment measures. continue. If the shutdown continued for three months, with no offsetting factors, annual GDP growth could be between 4-6 percentage points lower than it otherwise might have been, the OECD says.

Goldman Sachs has said it expects S&P 500 dividends to fall by 25% in 2020 as large dividend-paying industries are particularly vulnerable to the economic shock of the outbreak.

The United Nations Development Programme (UNDP) has warned coronavirus outbreak threatens to disproportionately devastate the economies of already impoverished countries. The programme said income losses in poor countries are forecast to exceed US$220bn and nearly half of all jobs in Africa could be lost. Last week, the World Bank and the International Monetary Fund stressed the need to provide debt relief to developing countries.