Ukraine’s grain exports almost returned to pre-war levels in the first few weeks of October, according to agriculture ministry data.

The war-torn country, one of the world’s largest wheat exporters, exported 2.13m tonnes of grain in the days up to 17 October, compared to 2.18m in the same period in 2021.

The country’s grain shipments have slumped over the past eight months since Putin’s invasion on 24 February. 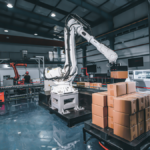 News
How drinks manufacturers are embracing automation and robotics 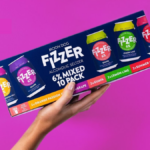 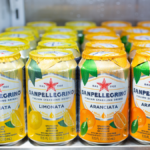 The news comes less than three months after Ukraine’s Black Sea ports were opened up for grain exports following a deal with Russia that was brokered by the UN and Turkey.

The countries agreed what was called a “de facto ceasefire” to allow shipments out of Ukraine’s ports following fears over food security around the world, particularly in developing economies, following the invasion. The UN World Food Programme said the world was “facing a food crisis of unprecedented proportions this year”.

A blockade of Black Sea ports was a central factor in pushing up commodity prices, contributing to rising worldwide inflation.

The exports deal was signed in Istanbul at a ceremony attended by UN Secretary-General António Guterres and Recep Tayyip Erdoğan, Turkey’s President. Guterres reportedly described the agreement as a “beacon of hope on the Black Sea”.

But shipments were delayed after Russia bombed a grain factory in Odesa just hours after the agreement was struck.

In the first three weeks after the deal, 33 cargo ships carrying 719,549 tonnes of grains and ‘foodstuffs’ departed from Ukraine, according to Reuters, quoting the country’s agriculture ministry.