Amul, India’s largest dairy business, has reportedly written to the country’s government urging it to delay a planned ban on small plastic straws, which is due to come into effect on 1 July.

News agency Reuters reported it had seen the letter sent by Amul managing director R.S. Sodhi to Prime Minister Narendra Modi’s office on 28 May, calling on the ban on straws packaged with small packs of juices and dairy products to be postponed for a year.

The letter said the move, if it were to proceed, would have a “negative impact” on farmers and milk consumption.

A delay would “provide huge relief and benefit” to 100 million dairy farmers who “safeguard our food security in terms of milk and milk products”, Reuters reported Sodhi as writing. 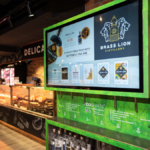 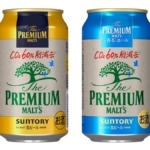 The move would also have a significant impact on soft drinks firms active in the market, including US giants PepsiCo and Coca-Cola.

The Indian government announced the initiative last year as part of its sustainability measures.

Its Plastic Waste Management Amendment Rules, 2021 will prohibit specific single-use plastic items that have “low utility and high littering potential”. The manufacture, import, stocking, distribution, sale and use of such plastic will be banned from the start of next month.

The government has asked drinks companies to switch to alternative straws.

PepsiCo declined to comment when contacted by Just Food while Amul had not responded to our request for a statement on the issue at the time of writing.