Drinks companies in Germany are cutting production in the face of reduced supplies of CO2, the head of the country’s brewers’ association has said.

In common with other countries in Europe, Germany’s beverage sector is feeling the pressure of lower CO2 supplies.

Holger Eichele, the chief executive of the German Brewers Association (Deutscher Brauer-Bund), said “important CO2 suppliers to the food and beverage industry have already declared force majeure”. He pointed to estimates from umbrella organisation The Federation of German Food and Drink Industries that “only 30-40% of the usual supply quantities are currently available on the German market – albeit at immense cost”.

Eichele added: “As a result, more and more of the companies in the beverage industry that depend on the availability of CO2 are having to significantly restrict their production or stop it altogether. For many of the companies affected, this has dramatic consequences.” 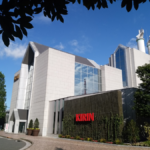 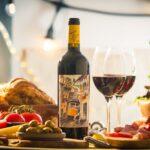 The high cost of energy, fuelled by Russia’s invasion of Ukraine, has led ammonia suppliers to curtail output, which in turn hits the manufacture of CO2 – a by-product of ammonia production. The gas is a key component in the production and distribution of beverages such as beer and soft drinks.

Breweries use CO2 to ‘pre-charge’ tanks, bottles and kegs to prevent oxidation and foaming during bottling.

The fermentation of beer does produce more CO2 than is needed for the finished product, so some breweries, especially larger ones, capture the excess and are therefore less dependent on external supplies of the gas.

Oettinger, a major Germany-based beer and soft-drinks maker, said its production had not been hit by the CO2 crunch so far.

“We have the advantage of having CO2 recovery systems at most of our sites,” Peter Böck, Oettinger’s managing director for sales and marketing, said. “We capture CO2 that has been produced during the fermentation process and prepare it for use during the bottling process. In so doing, we ‘produce’ more than half of the CO2 we need ourselves and, as a result, are able to offset periodic procurement bottlenecks on a group-wide level.”

By contrast, many smaller breweries that do not capture CO2 in the brewing process – or that also produce soft drinks – have to buy in the gas.

CO2 is essential in the production of soft drinks and bottled water. In a brief statement provided to Just Drinks, the German Association for Non-Alcoholic Beverages noted the “increasing challenges in the availability in the supply chains for a number of raw materials – this also applies to fluctuations in the availability of CO2”.

At the German Brewers Association, Eichele said the trade body “receives new cries for help from the industry every day”.

He added: “In view of the crisis, the German government urgently needs to take short-term measures to ensure a preferential supply of affordable carbon dioxide for food and beverage production to the critical infrastructure of the food industry. And we need effective steps to address the root cause of the carbon bottleneck – skyrocketing energy prices – and thus the massive impact on food production. We expect politicians to recognise the dimension of the problem and act.”

Oettinger is watching the broader increase in input costs – and the impact on consumer confidence – closely.

“Now, the main challenge ahead will not be so much a lack of availability, but rather huge price increases, as can already be seen with all energy sources and raw materials. We are anticipating that many of our production costs will increase dramatically, with CO2 being just one of them. This will then continue to have a drastic impact on consumer prices,” Böck said.

“The federal government in Berlin has had CO2 shortages in the beverage industry on its radar for several weeks now. We are certain that our politicians will not leave either businesses or consumers to pick up the tab of rising prices alone.”