The proportion of drinks manufacturers hiring for positions related to industrial automation dipped in May year-on-year, analysis of hiring trends in the sector suggests.

Some 73.5% of the companies monitored by GlobalData were recruiting for at least one such position last month. That was lower than the 79.3% of companies hiring for industrial automation jobs a year ago. 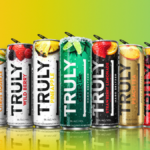 When it came to the rate of all job openings, postings linked to industrial automation represented 4.7% of all job ads in May. That compared to 4.5% a year ago.

Industrial automation is one of the topics that GlobalData, Just Drinks’ parent company, has identified as being a disruptive force facing business in the coming years. Companies that excel and invest in these areas now are thought to be better prepared for the future business landscape and better equipped to survive unforeseen challenges.

GlobalData says its analysis suggests drinks manufacturers are hiring for digital media jobs at a rate lower than the average for all companies within the research group’s jobs analytics database. The average among all companies stood at 5.7% in May.

GlobalData also monitors job adverts by region. Looking at the three months to the end of April, North America extended its dominance.

The number of roles open in North America made up 64.4% of total adverts for industrial automation jobs – up from 57.5% in the same period last year.

Which countries are seeing the most growth in industrial automation job ads?

The fastest-growing country was the US, which made 59.3% of open roles in the three months ending April this year, compared to 51.6% a year earlier.

Which cities are the biggest hubs for industrial automation jobs in the drinks industry?

Some 3.9% of all drinks industry industrial automation roles were advertised in Plano in the US in the three months ending April.

GlobalData’s job analytics database tracks the daily hiring patterns of thousands of companies across the world, drawing in jobs as they’re posted and tagging them with additional layers of data on everything from the seniority of each position to whether a job is linked to wider industry trends.