just-drinks beer commentator has been talking to those on the front line. In his latest monthly column, Stephen Beaumont hears from a raft of on-premise operators on how they see brewers supporting them, post-lockdown.

And so, the end is, if not necessarily in sight for one and all, at least closer than it’s been since the start of the pandemic. And, now that we’re ever-so-slowly nearing the apparent resolution of this global nightmare, it’s time to consider the best way forward.

As we know by now, brewers have been impacted by COVID to a much smaller extent than originally predicted. After a rough start, the big international players seem to have more-or-less settled back into their previously profitable ways, while the agility of the small brewers to transition quickly has seen the majority of them survive – or even prosper – over the past year.

Bars, pubs, cafés and restaurants, on the other hand, have been hit hard. Disproportionately hard. So, I asked around to see what owners and operators would like to see in terms of assistance from brewing companies as they struggle to get back to normal. 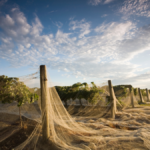 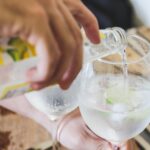 Contrary to what some might expect, promotions and freebies did not rate high on the list of responses, although a small handful of respondents did mention ‘free beer’ or ‘free draught line cleaning’. For the most part, however, emphasis was placed on service and selection, although with respect to the latter, not necessarily in the fashion that might have been expected.

For Michael Roper, co-owner of Chicago’s Hopleaf, being back in business means a focus on “well-made, classic styles from breweries with solid pedigrees”.

“We are far less interested in experimental beers, Bourbon barrel-aged anything, mango pastry stouts or beers that are collaborations with heavy metal bands,” says Roper, “We’re carrying a lot of flagship beers (because) I think that they represent ‘normal’ at a time when customers long for that.”

Roper’s sentiments are echoed by Polly Watts, owner of the Avenue Pub in New Orleans, who pleads for brewers to “stop with all the crazy-expensive specialities”.

“We can’t afford them and we don’t have the budget to take a chance on them,” she says.

While there was wide agreement that now is not the time for outrageous or unusual experimental beers, a large number of operators did express an interest in having wider options in terms of package size, from can right up to keg.

Similarly, many operators with draught-heavy beer programmes have expressed a desire for smaller keg sizes. Chris Black, co-owner of Denver’s Falling Rock Taphouse, puts it succinctly when he writes: “I’ve been buying a lot of 1/6 (one-sixth barrel or US 5.16 gallon) kegs for the last year. The breweries that were able to shift to these did themselves a big favour, keeping the beer much fresher.”

Of course, the desire for greater availability of smaller keg options reflects lower seating capacity and resultant sales as we muddle our way through restricted openings. The concept makes great sense, then, for both the operator, who is able to keep the beer in its best condition, and the brewer, who will see their beer poured fresh and vibrant rather than stale and oxidised.

While we’re on the subject of kegs, many operators are emphatic in voicing their one wish, which is that brewers take them back! Says Ryan Somers of Mercer Kitchen & Beer Hall in Stratford, Ontario: “Pick up your empty kegs. At one point last year, I had over 100 empty kegs in our basement. Some were there for over a year and I’d sent several emails with no response.”

In addition to the inconvenience of it all, there’s also the matter of keg deposits, where applicable, which as Cliff Seminerio, bar manager at Coopers Hall in Portland, Oregon, notes, can “really add up”. The simple act of retrieving empty kegs frees up both space and money for the licensee, while at the same time earns goodwill and – presumably – eases keg pool pressure for the brewer.

Ultimately, however, simple acts of service are accorded the highest value by multiple operators, from “shout-outs on social media” (Ian Roberts, The Pine Box, Seattle) to “sending updated, weekly order sheets in a timely fashion” (Cameron Ledbetter, The Brewer’s Kettle, High Point, North Carolina) and “provide samples” so that “the people in charge of selling your products (know what they taste like)” (Amber Morin, Hammond Bay Liquor, Nanaimo, British Columbia).

The final word goes to Somers of Mercer Kitchen & Beer Hall, who above all else advises sales representatives to “be honest about what you’re selling”.

“If you’re a good rep and we like your beers, be straight up with me if this month’s one-off is just so-so,” Somers says, “If you tell me it’s amazing and it sucks, you’ve just ruined your credibility. Nobody hits a home run every time and humility and honesty go a long way.