Those in the know on emerging technologies will already have an opinion on augmented reality (AR). The mixed-reality tech reached wider public knowledge through the Pokémon Go craze in 2016 and comical filters on social media platforms like Instagram and TikTok. But there’s more to AR than fun and games as the technology has real business potential.

In a thematic survey published in July, GlobalData gauged the business community’s current sentiment towards emerging technologies, finding AR was perceived by 70% of respondents as the most disruptive technology in 2021’s second quarter, knocking the artificial intelligence (AI) theme off the top spot.

GlobalData defines a theme as any issue that keeps chief executives awake at night, with the survey assessing respondents' thoughts on the themes of AR, AI, cybersecurity, cloud computing, the internet of things (IoT), 5G and blockchain. 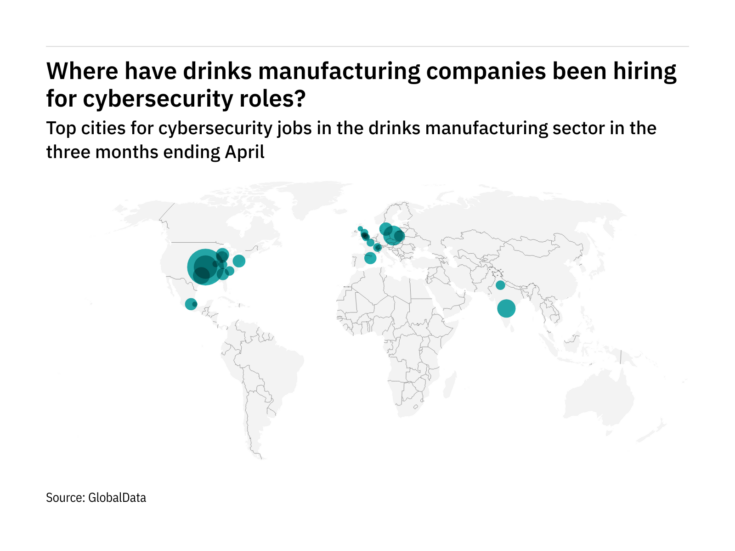 While a sharp increase from the previous quarter when 51% said AR would disrupt their industry, 43% of respondents anticipated disruption between two and 10 years from now as opposed to sooner. 24% meanwhile believed the impact of AR will never be felt, while the same number believe the impact is already happening. This last figure was the lowest for all the emerging technologies which businesses were polled on.

“AR is still a developing technology but is beginning to move into the mainstream,” associate project manager of Thematics at GlobalData Rupantar Guha tells Verdict. “On the consumer front, AR is primarily used in social media, gaming, and ecommerce. While Pokémon Go and Snapchat Lenses have positioned AR as a tool for entertainment, ecommerce is driving it as a utility, both for consumers and brands.”

Guha notes that Snap, Facebook, Tencent and ByteDance have all merged AR and ecommerce into their social media platforms, offering users the ability to try on products virtually.

“The ease of viewing products online, coupled with the ability to interact with those products, gives users a novel and immersive shopping experience," he says. "AR also gives brands the ability to provide more inventive, eye-catching, and interactive ads and move beyond non-interactive media like print and TV.”

The growing disruption of AR is down to how large enterprises across retail, healthcare, logistics and manufacturing sectors are adopting AR. Guha notes the tech is being used for remote collaboration, training, maintenance, customer support and product design.

“AR is [also] gaining prominence in the automotive sector," he says. "Automakers such as Porsche and Cadillac are adopting AR for interactive windshields with in-car navigation systems and AR-enabled heads-up displays.

“General navigations apps such as Apple Maps and Gaode Map are also adding AR features to help drivers get lane-level precision, landmark notifications, and alerts of potential collisions, traffic lights, and pedestrians. Themes like the connected car and autonomous vehicles will boost AR’s applications in the automotive sector in the future.”

The reason businesses believe the AR impact will be delayed is, in Guha’s view, due to large-scale enterprise adoption being stymied by the “high cost and relative immaturity of AR headsets and smart glasses, along with privacy concerns.”

Businesses are always concerned about data privacy and security regardless of sector. So it’s perhaps unsurprising to see cybersecurity ranking as the most disruptive technology in the present moment. It has occupied this spot since Q4 2020, this time around ranked top by 62% of respondents.

Cybersecurity also leads in positive sentiment change when it comes to emerging technologies, with 59% saying they more positive towards the tech. It has consistently led this metric since GlobalData started asking the question in Q4 2020. In Q2 2021 it achieved its highest positive score so far with 59%.

According to agencies in the US and the UK, the number of cyberattacks increased as the number of Covid-19 cases rose in 2020. As remote working surged during the pandemic, it created more opportunities for cybercriminals to attack organisations. Collaboration tools have become popular targets for abuse, and coronavirus phishing scams, ransomware attacks and business email compromises are increasingly commonplace.

The threat has not receded in 2021, with high-profile cases such as the ransomware attack against the Colonial Pipeline in the US by Russian group DarkSide having kept business leaders awake about their own cybersecurity.

A surprising loser of sorts in Q2 is the AI theme. Over the last two quarters, the technology has seen a consistent decline in the number of respondents perceiving it as disruptive.

In Q4 2020, 71% thought that AI would disrupt their industry. In Q2 2021, only 49% did. Also, of the seven emerging technologies GlobalData enquired about across Q2 2021, Q1 2021 and Q4 2020, only AI and blockchain came in below the 50% mark regarding their potential for even the slightest of disruption. The other themes all polled with at least half of respondents recognising each one's disruptive potential.

On the question of hype versus substance in emerging technologies though, 57% of respondents said that AI would live up to all its promises, suggesting that businesses are hopeful that the technology will ultimately benefit their industry.

So what is happening here? AI still grabs all the clickbait headlines, but is an AI winter looming on the horizon?

“Commentators have been claiming that an AI winter is coming for at least three years,” says GlobalData research director Ed Thomas. “My view is that AI will continue to be a disruptive theme for companies across all industries, but delivering a successful AI project is not easy: it requires meticulous planning, detailed preparation, and complete buy-in from all parts of the business.

“There is also a sizeable expectation gap caused by the over-inflation of AI’s capabilities by vendors and the media. I think AI will follow Amara’s law, with its effects overestimated in the short run and underestimated in the long run.”

Amara's law was coined by Roy Charles Amara. He was an American researcher, scientist, futurist and president of the Institute for the Future.

GlobalData believes that once the pandemic is under control, sustainability will be the theme giving businesses the most restless nights in the 2020s. With that in mind, since Q1 2021 the company has been asking respondents to report on companies’ attitudes towards sustainability.

Interestingly, 33% did not know if their company had taken action on sustainability. According to GlobalData, this might mean that either companies are not effectively communicating their ESG strategies or that the actual number of companies not taking action is bigger than the 28% figure.

As serious is that only a minority of the people polled (17%) believed that most companies are sincerely committed to sustainability. Almost 60% of the GlobalData sample continued to hold a somewhat cynical view on sustainability commitments, believing them to be a “greenwashing” marketing exercise in some or most cases.

It remains to be seen whether that figure will improve during the third quarter of 2021.

By Verdict's Giacomo Lee. Note on data: GlobalData ran six polls on its Verdict network of B2B websites, which had 49m users in the period from 30 June 2020 to 1 July 2021. Poll participants are professionals from more than 30 industries. In total, the six polls received 2,341 responses distributed unequally between each of the polls.