Former Bodyarmor founder Lance Collins has launched Casa Azul, a Tequila-based RTD product. The brand’s debut release is a line of Tequila soda cocktails that look to take advantage of burgeoning demand for both Tequila and RTDs.

Just Drinks thinks: If you were going to bring a line of spirits-based RTDs to market in the US right now, you’d be pretty foolish not to consider Tequila, given the phenomenal growth of agave-based products in the country. According to GlobalData, Tequila and mescal sales in the US are predicted to reach US$9.27bn this year, and continue growing to hit US$10.9bn by 2026.

The drinks also contain just 100 calories and 1g of carbohydrates per can, as the brand seeks to tap into consumer interest in healthier options. With 56% of global consumers stating the health-and-wellbeing credentials of a product influences their consumption choices (according to GlobalData’s 2022 Q1 Global Consumer Survey), it’s no surprise to see new product launches such as this bigging up their low-calorie credentials. 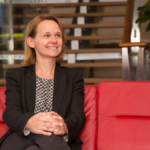 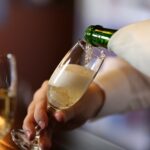 Just Drinks thinks: Hot off the heels of the introduction of its Dead Man’s Fingers RTDs earlier this summer, Halewood Artisanal is giving JJ Whitley the can treatment with four flavoured expressions. The beverages are likely to resonate with consumers seeking novel and experimental flavours, as well as tapping into growing demand for products that meet the convenience of out-of-home consumption.

These JJ Whitley expressions sit at a modest price point and offer Halewood the chance to convert curious consumers to their vodka and gin brands. Don’t be surprised to see further innovations in RTD from the group, given the extensive flavoured extensions that already exist across its spirits portfolio.

The Boston Beer Co. has joined forces with Beam Suntory to create a whiskey-infused variant of its Twisted Tea brand. The Samuel Adams brewer is releasing Sweet Tea Whiskey in 50ml, 75cl and 1l bottle formats in the US states of Massachusetts, Texas, Rhode Island, Ohio and Missouri.

Just Drinks thinks: This product launch is the latest to come out of the tie-up announced by Beam Suntory and Boston Beer Co. in July 2021. Taking advantage of category blurring, the two companies are seeking to increase their presence in the alcoholic RTD and bottled spirits segments, respectively.

Flavored whiskey extensions can be a useful tool to recruit new drinkers to the category, and both Beam Suntory and Boston Beer Co. will be hoping to appeal to the 64% consumers in the USA who cite food/drinks with complex or multiple flavour combinations as very appealing (according to GlobalData’s 2021 Q2 global consumer survey).

Aldi has released a coffee liqueur with Tequila from its El Toro brand in the UK. The budget supermarket says that the product contains a “delicious blend of coffee liqueur and tequila, with aromas of chocolate and vanilla for a smooth yet dry finish”.

Just Drinks thinks: This product launch from Aldi is a clear attempt to piggyback on the popularity of the now discontinued Bacardi Patron Café XO Tequila, albeit at a much lower price point. The benefits of the move are obvious, given the outcry that followed Bacardi’s decision to retire the popular liqueur. However, the product may also appeal to non-Café XO disciples too, as 55% of shoppers in the UK like to often or sometimes try new varieties of alcoholic drinks (according to GlobalData’s 2021 Q2 global consumer survey).

Beyond this, trends towards liqueurs in the UK are extremely favourable at present, with the segment predicted to leap in value by US$400m this year, to $2.4bn according to GlobalData. This seems like a shrewd launch.

The Boston Beer Co. has launched a high abv, dark cherry-flavoured product under its Angry Orchard cider brand. The drink will be available nationwide across the US and has been made from a combination of apple varieties including granny smith, red delicious and gala, as well as cherries.

Just Drinks thinks: This is one launch that bucks the wider trend towards lower-strength products across drinks categories. Look a little closer, however, and it’s one that makes more sense than you might think. In US craft beer, cider and flavoured alcoholic beverages (FABs) with an abv of 8% and higher are gaining market share, as are non-alcoholic variants, with products in the 4-6% range losing out as a result.

Framed in this context, a super-strength, flavoured cider looks like a good bet from Boston Beer Co., where the group will hope to take advantage of both demand for new and innovative flavours in cider, as well as cannibalising from craft beer and FABs.

What are the biggest trends in beverages?